After delivering power-packed entertaining franchises like Housefull series and Judwaa, Sajid Nadiadwala is all set to treat the audience with Baaghi 2 on March 30th 2018.The return of the Baaghi franchise promises to bring to celluloid more action, adventure and entertainment. The film gives Bollywood a fresh pairing with the coming together of Tiger Shroff and Disha Patani.

Sharing the good news on social media, both Fox Star Studios and Nadiadwala Grandson Entertainment shared, “Kickstarting the New Year with yet another favourite franchise film!
#SajidNadiadwala’s Baaghi2 to release on March 30, 2018 directed by @khan_ahmedasas! Get Ready as the Rebels For Love @iTIGERSHROFF & @DishPatani to arrive soon!
@WardaNadiadwala @foxstarhindi #Baaghi2onMarch30”. 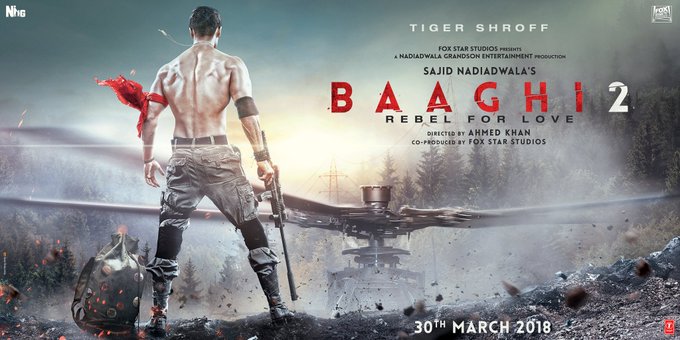 Baaghi 2 brings back the power-packed rebel Tiger Shroff to the big screen in a never seen before avatar. It is for the first time that the actor will be ditching his long tresses and opting for a short hairdo.

Post the Blockbuster success of 2016’s film Baaghi, filmmaker Sajid Nadiadwala will be reviving the thrill with a sequel in 2018.koimoi

Netflix and chill no more – streaming is getting complicated

Dolores O’Riordan, voice of The Cranberries, dies at 46