Bollywood beauty Niddhi Agerwal is known for her grand Bollywood debut with ‘Munna Micheal’ co-starring Tiger Shroff. While the actress has signed a new film with KriArj Entertainment, she is currently making headlines for her rumoured relationship with Indian cricketer KL Rahul.

Recently, the alleged love-birds were spotted on a dinner date at a suburban restaurant. We all know such news doesn’t take time to spread on social media! A similar incident happened with this duo as well. Moments after their pictures surfaced on the web, people started assuming that the two are dating! 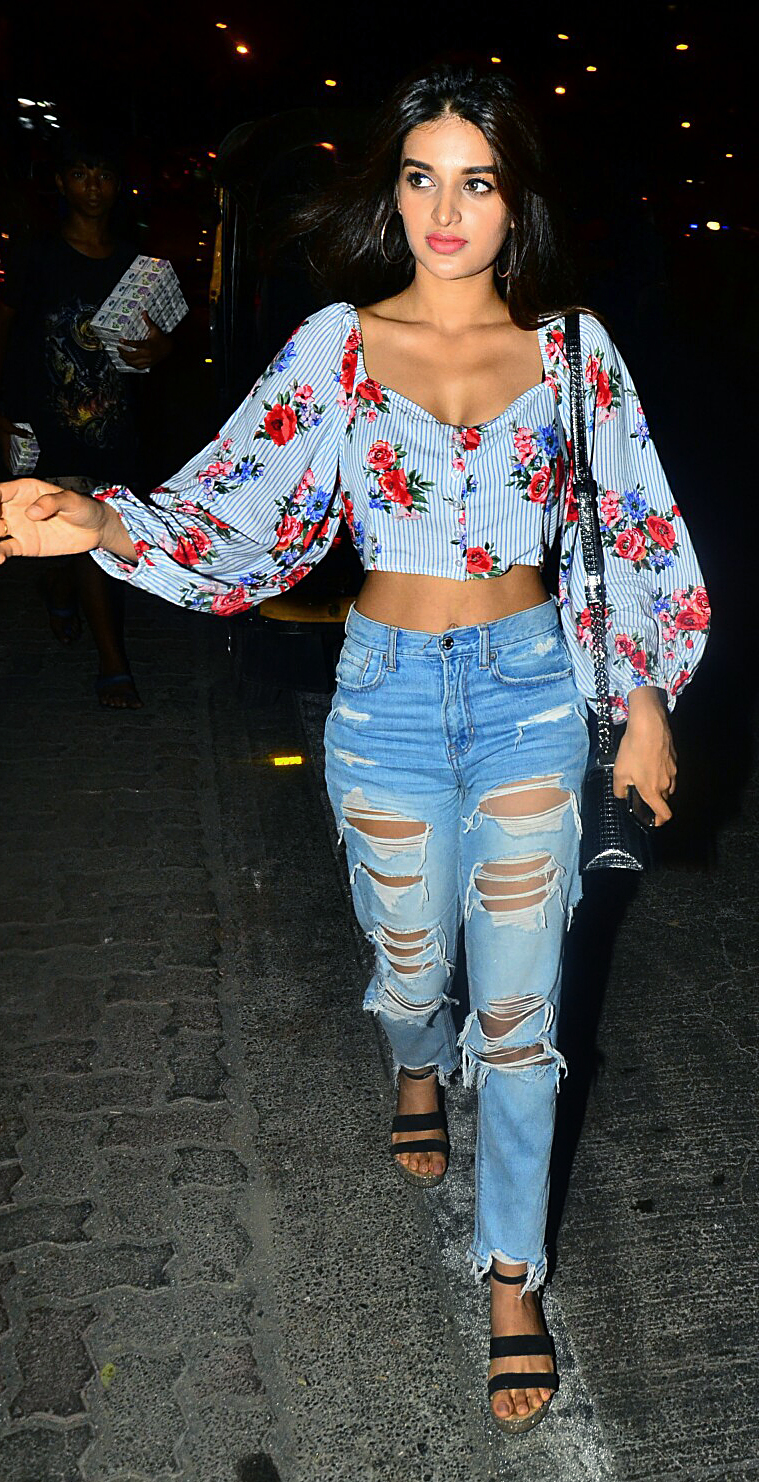 While the people are still wondering about the same, an online portal, Spotboye, got in touch with the actress to know the truth. Niddhi was upfront and confirmed the same saying, “Yes, I did go out on dinner with Rahul.” When further probed on her relationship with the cricketer, the actress revealed, ” I and Rahul go back a long way. We have known each other since our teenage years before Rahul became a cricketer and I became an actress. Though we did not go to the same college in Bangalore, we have known each other for long.”

Now that answer leaves us wanting to know more! Anyway, we would be more than happy if the two actually take their relationship forward.

On the work front, Niddhi is currently busy shooting for a Telugu film ‘Savyasachi’.

Is Nargis Fakhri in love?